This talented group have been creating waves within the music scene since forming together in 2018 & have just released the official video for the track “Baking Soda”.

Cardboard Rocketship has taken the time to speak with Fierce & Fabulous Revolution about their latest release.

Hey Cardboard Rocketship, thank you for taking the time to chat with us today, can you start by telling us a little bit about yourselves?

“We’re a Brooklyn-based folk group interested in exploring earnest storytelling through strong harmonies and heartfelt lyrics. We all went to NYU’s Tisch school of the arts for acting and/or musical theatre, though we didn’t all know each other in college. Since graduating, making music together has become our artistic passion and priority.“

How did the idea to create the group first come together?

“Will and Vinny were roommates in college and started playing songs they loved like Avett Brothers covers together, eventually exploring their own original work. On the night that Cranberries frontwoman Dolores O’Riordan died, Roxanne went over to sing some of her songs with the boys and ended up staying for band rehearsal. Will and Tallie had studied abroad together in Amsterdam, and the group added her in as the final piece. It was the love of folk music that brought us together, and the love for one another that kept us together.“

Have all four of you always been interested in music & knew that it was a career that you wanted to pursue?

“Vinny always wanted to perform and wanted to be a pop star as a kid. As the Avett Brothers say, “things change and get strange with the movement of time,” but he always knew that performing would be a part of his life. Tallie grew up playing guitar and then cello once she was inspired by her violist sister, and started writing songs in high school. She always knew she wanted music to be a part of her life, and dove into it seriously as a career when linking up with the band.“

“Roxanne started taking voice lessons when she was literally 4 years old and hasn’t kicked the habit since. She originally found musical theatre but found her true passion lies in creating original work. Will has been writing music since he was in middle school. He kept writing as he entered acting school and by the time he graduated he had written a science fiction folk musical and a children’s musical about shapes. That quickly transformed to a realization that being a songwriter and performer was the path he was always on.“

How would you describe your musical style for someone unfamiliar with your work?

“Folk roots with a twist. Our sound floats between folk pop, Americana, and traditional folk. Our theatre backgrounds influence our music at times, mostly in our storytelling and layered harmonies.“

You recently released the official video for the song “Baking Soda”. How did the idea to create this music video come together?

“This song is all about contradictions. We felt it would be really fun to take the song very literally. We challenged ourselves to only use what we could find in the space and let it go from there. We slowed down the video to half speed and had a lot of fun singing the songs in slow motion, throwing water on top of each other, and using a lot of unconventional background effects to hit every comparison. We also just love bringing joy to people, so we wanted to work with a song that embodied our playful spirit.“

What was the main inspiration behind the concept of the video?

“The lyrics, how quickly they change, and the fun dichotomy of the imagery was exciting to all of us. None of us are particularly the best video editors and we wanted to see what we could do with $30 and an iPhone camera. We used those parameters as inspiration.“

What if the main message you would like listeners to take away from this song?

“Sometimes people just don’t fit well together. It’s not that either person is in the wrong or a bad person, they’re just not the right ingredients for that recipe.It was originally written to try to convince Will’s friend to break up with his significant other, but they both ended up loving the song and staying together for another six months.”

Do you have any future releases planned, which you can tell us about?

“Our debut album Hyacinth just came out, so while we’re all quarantined away in different places, we’re focusing on writing and collaborating as much as we can while dealing with the distance. We’re looking forward to getting back in the studio when it’s safe for everyone!“

When you are not performing, what do you enjoy doing in your spare time?

“Will spends time with his four brothers, trying to learn clawhammer on the banjo, and reading fantasy epics. Roxanne is a fitness enthusiast, and general wellness lover. Her dogs and cat also take up a lot of her spare time, and she’s secretly addicted to watching Tik Toks. Vinny loves watching TV and movies and spending time with family. Tallie loves writing, mostly poetry these days, but sometimes short stories, and roller skates when the weather is nice.”

What was the last TV show you binge-watched & did you enjoy it?

Tallie: “Fleabag, oh dear god yes, it’s the tragedy of my life that there won’t be a third season.“

Will: “Rewatching The Office for the fifth time, it’s so nice to see some normalcy.”

Roxanne: “I’m rewatching House which is great though retrospectively #problematic, and I love Bob’s Burgers all day everyday.“

What song do you always keep on your playlist & why?

Roxanne: “I’m going rogue and gonna say Good as Hell by Lizzo, it’s my firm belief that we should all shake our asses at least once a day.“

Tallie: “Chrysalides by the Ghost of Paul Revere. It’s one of the most stunning songs I’ve ever heard, I die for the string arrangement, and it inspires and grounds me no matter what I’m feeling or going through.”

Will: “Chinese translation by M. Ward. This song is one of my favorite songs of all time. It is so simple yet reflects the trials each person faces on their journey.“

If you could possess one superpower, what would it be?

Roxanne: “Talking to animals- useless, but whimsical as hell.“

Will: “The ability to master any skill after watching someone do it once.”

What advice would you offer someone who was looking to pursue a career in music?

“It should always be about the love. The love for the music. For your band mates. For your audiences no matter the size. That’s what’s going to keep you going no matter what the material outcome is.”

Finally, is there anything you would like to say to the readers of Fierce & Fabulous Revolution?

“We hope you’re all staying safe and well right now! Stay home! Stream music that resonates with whatever emotions you’re feeling (we personally recommend Hyacinth — the album takes a lot of twists and turns and we bet you’ll find a track or two that speaks to you ;). Tell the people you love you love them. And most importantly, THANK YOU to all the healthcare workers and essential workers who are on the frontlines for us!”

You can check out the official video for “Baking Soda” below. 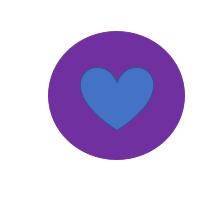